The Hydraulics Laboratory offers many testing facilities including a wind-wave channel, wave channel, pressure testing vessels, and a temperature/pressure calibration facility. An on-site machine shop, fabrication tools, and a shared collection of MakerSpace development tools serve a wide variety of scientific projects and research for SIO staff and students. The Hydraulics Lab also has a collection of mechanical hardware for oceanographic moorings and land-based field research which can be made available to SIO researchers. The Air-Sea Interaction Lab has extensively used the two channels both for active research and development and for graduate class instruction where visible and infrared imagery, acoustic underwater instrumentation, resistor wire wave gauges and CTDs have been installed during controlled experiments.

Image gallery of the Hydraulics Laboratory. Click on images for description. 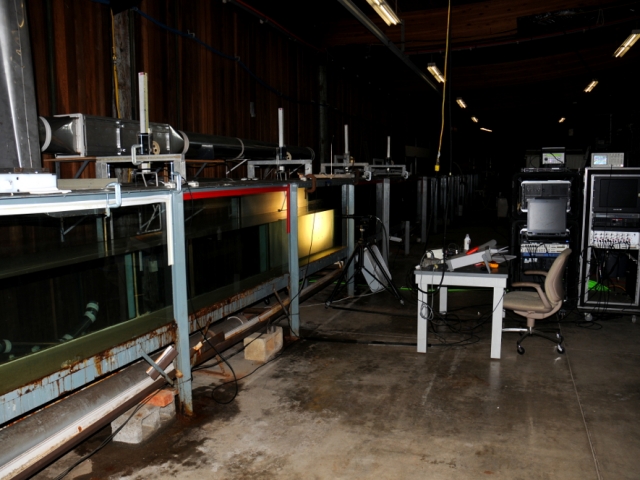 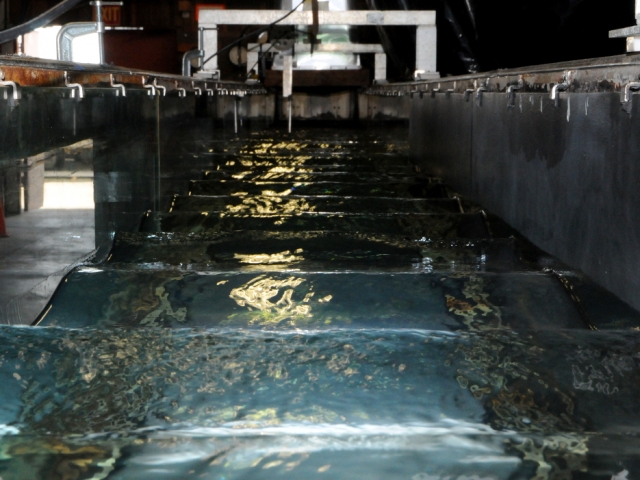 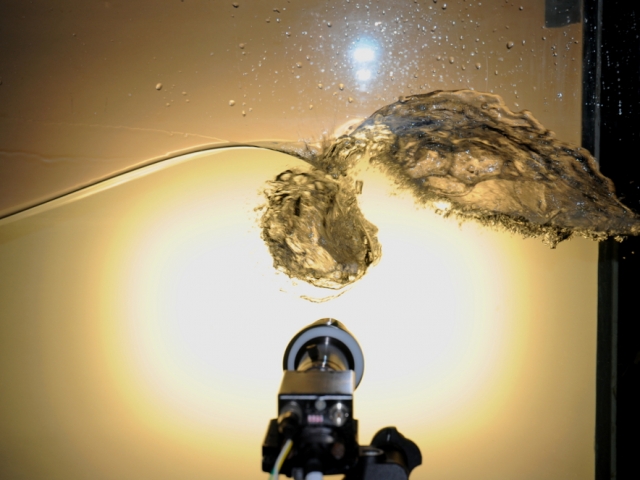 Experimental setup for the Lagrangian transport experiment in the wave channel by the Air-Sea Interaction Lab at Scripps Institution of Oceanography’s Hydraulics Lab at UCSD.

High speed video of a breaking wave in the wave channel by the Air-Sea Interaction Lab at the Hydraulics Lab.

Experiments on the Stability and Transition of Wind-Driven Water Surfaces. (Veron et al., 2001)

Laboratory Measurements of the Generation and Evolution of Langmuir Circulations. (Melville et al., 1998)